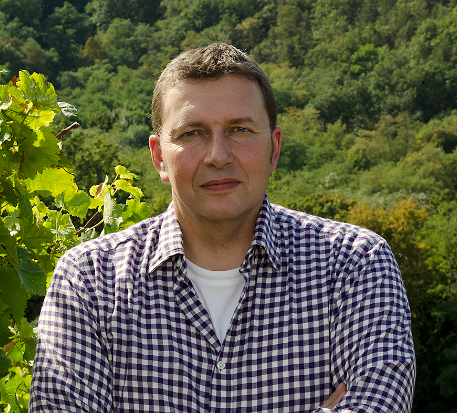 What’s been the biggest change in Alsace over the past 50 years? Olivier Humbrecht MW of the region’s revered Domaine Zind Humbrecht revealed this and more at a masterclass in London yesterday.

In terms of the quantities produced, and the style of wine it yields, the greatest development since the 60s in Alsace has concerned one particular grape variety – and it’s not the region’s flagship, Riesling.

In a surprising revelation, when addressing attendees of a masterclass in London, Humbrecht said that the most notable change in Alsace had been witnessed with Pinot Gris.

Not only has the style of wine made from the variety “changed a lot”, but so too has the extent of plantings.

Why? This was because the combination of rarity and quality of Pinot Gris in the 60s and 70s ensured that it became the basis of the most expensive wines from Alsace, which encouraged more producers to plant the variety in the hope that they too would benefit from the demand.

However, such expansion precipitated a change in style, because the new plantings were often made in areas less suited to quality Pinot Gris production, while the clones chosen were different, and higher yielding.

Not only was there a swing from rare high quality Pinot Gris production in Alsace to something in much greater quantities, and lower quality, but there was a move from sweeter wines to dry ones too.

“In the 60s, most of the Pinot Gris was in the late harvest style,” he recorded, but nowadays you can find anything from the very light and dilute style of wine, and the bone dry to very sweet.”

Also, Pinot Gris had been “the lowest yielding grape in Alsace, producing much less than Gewurztraminer or even Riesling”, but during the planting boom of the 80s, new clones were used to produce more crop, explained Humbrecht.

As a result, he commented, “Pinot Gris vineyards were producing 25-30hl/ha but today, the sky is the limit; you can produce as much as you want.”

Humbrecht, who crafts concentrated, dry Pinot Gris wines from Rotenberg, Clos Windsbuhl, and Rangen de Thann, stressed that to produce wines with character you “need a great vineyard and a very low yield, you need to go to 20-30hl/ha”.

Additional layers of interest can also be imparted to Pinot Gris by the use of botrytised grapes (which bring an aromatic component) and vinification techniques, such as oak fermentation/ageing vessels and extended contact with the lees, according to Humbrecht.

It is also possible to bring different flavours through macerating Pinot Gris on its skins to produce an orange wine, which Humbrecht said was “fashionable”, but a wine style that is “very different”.

Two further Pinot Gris traits were revealed by Humbrecht at the masterclass, which was held within the annual tasting of the domaine’s UK importer, Gonzalez Byass.

One of these concerned the grape’s skin colour, which Humbrecht said turns so dark in sunny growing seasons that it can be easily confused with Pinot Noir, while the other related to the rate at which the variety ripens, which he said was “very fast”.

Continuing he said, “Pinot Gris can gain 2-3% alcohol is one week, it is a battle against time, so for example, if you pick on Friday and go back on Monday, you could have 1.5% more.”

Nevertheless, he said that there was a danger with Pinot Gris to harvest on the basis of grape sugars, because you might pick too early to achieve full physiological ripeness.

And, because the grape is “neutral” in terms of flavours, “having a ripe skin is essential”.

Aside from low yields in great sites, Humbrecht said that the quality of his Pinot Gris was connected to biodynamic viticultural practices, which he began in 1998.

One unexpected impact of this farming technique has been to speed up the physiological ripeness of the grapes, meaning that Humbrecht can harvest Pinot Gris earlier, and “beat the increase in sugar”.

As a result, he is producing Pinot Gris with lower alcohol levels than in the past, despite rising temperatures in Alsace on average.

“We have seen some of the hottest years in the past 5-6 harvests and yet we have been able to pick Pinot Gris with lower potential alcohol than 20-30 years ago,” he said.

Finally, when asked by db about the market for wines from Alsace today, Humbrecht said that Gewurztraminer was the hardest to find customers for, followed by Pinot Gris – which “was the easiest to sell in the 80s and 90s”.

Speaking initially about Gewurztraminer, he said, “I love it, but people don’t know when or how to serve it… and fewer are taking cheese in restaurants, or having foie gras, which are two foods that go well with Gewurztraminer – it needs the right occasion.”

As for Pinot Gris, he said that there was a problem concerning the range of styles being made today. “People don’t know how it will taste… they don’t know if it will be bone dry or very sweet, and so they are frightened.”

But he also said, “And most tastings of wines from Alsace today focus on Riesling, because it is a great and classic wine.”

For Humbrecht, as a champion of complex, concentrated and primarily dry Pinot Gris from Alsace, he summed up, “The problem for Pinot Gris is that it has suffered from the change of clone, planting in too many places, and a failure to anticipate climate change… and in some place, this means that producers are condemned to sweet wines.”

And while there is nothing wrong with sweet wines, as those in the wine trade know well, the market for this style of wine is small and shrinking.