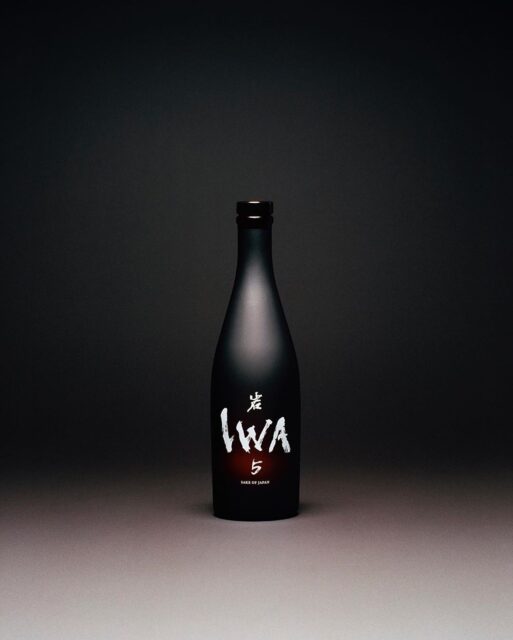 Richard Geoffroy, best known as the former cellar master of Dom Pérignon, has launched his own saké. We spoke to him to learn more about his latest project and how he’s bringing his Champagne skills to saké brewing.

After stepping down from the Champagne house after 35 years in 2018, Geoffroy discovered a new passion for saké – the traditional Japanese rice wine.

“I was a physician before joining Dom Pérignon; and then I began a second life as a Champagne winemaker for over three decades. Now, I am thinking to start a challenging new chapter in Japan with my saké business,” Geoffroy told the drinks business Asia.

“I have been to Japan many times since 1991. The country is very complex and intellectual, and I am very drawn to their culture. It naturally led me to learn about saké, which is a DNA of Japan in historical and cultural aspect.”

Nestled in Tateyama in the Toyama Prefecture, Geoffroy’s brewery, IWA, is named after the site’s location – Shiraiwa. The project is a joint effort, together with Ryuichiro Masuda of family-owned saké brewery Masuda Shuzo, star architect Kengo Kuma, who built the brewery, and renowned product designer Marc Newson, who has created the bottle packaging.

As Geoffroy started to appreciate saké, he realised it represents his quest for harmony in many ways.

“I always have a thing to pursue the perfect balance, as I believe that’s the rule of things in life,” he explained.

Saké has traditionally always been made in single brew; however when it comes to Geoffroy he has decided to tweak tradition by producing his own sakés via blending, using his extensive skills honed in Champagne.

“Assemblage is what I have been so knowledgeable about,” he explains. “Once I learnt the components and attributes of saké, the blending just happens [by] itself. Since my pursuit for the perfect balance is very intimate, no other people can achieve that for me and so I have to be patient in the process.

“To me, working with grapes or rice don’t have many differences. The major difference, if I have to name one, is the time needed in various process – brewing of rice, development in bottle, maturation, ageing potential…… there is still a lot for me to learn. Being experimental and taking risks is always the spirit of IWA and assemblage is the cornerstone of our philosophy.”

IWA 5 is the first saké to be released from his brewery. He explained that ‘5’ is the number representing harmony; and also it speaks to the technical elements involved in the process: the rice – comprised of three varieties namely Yamada Nishiki, Omachi and Gohyakumangoku – five strains of yeast, the origin of the rice, the yeast propagation method and the fermentation.

“When I bring the elements together, it is not about how exceptional it is on its own, but how well they blend with one another to createthe perfect balance,”he said.

Geoffroy revealed that the recipe of each edition of IWA saké will be a little different – at least in the early stages – through continuous refinement of his blend to achieve the utmost balance that he has been longing for.

Through IWA, Geoffroy is also hoping to become the bridge between wine and saké communities.

“Saké is about culture, terroir and people. I see it as a natural extension of wine. In fact I have been getting professionals I know from the wine and restaurant industry to fill in the territory and the response has been great so far. As reports shown, the future of saké is in export markets. I would be so proud if I can present this product to the wine world,” he said.

The first saké IWA 5 debuted in Japan this May. The distribution in Hong Kong and Singapore began in June and July respectively. By the end of this year, the saké will be released in France.

“Every year, fewer and fewer Japanese people are consuming saké and the volume consumed by the domestic market has been shrinking for more than 10 years,” said Geoffroy.

“Meanwhile the quality value is bouncing upward, this means going premium is the way out for the market. The export market is also weighing heavily on premium quality. That’s why I’d really want to go over the top and hopefully contribute to the industry.”

In the pipeline, the brewery of IWA is set to open officially in January 2021. It will be the first brewery in Japan to provide accommodation and spa facilities. “By then, we will invite visitors to make a journey to Shiraiwa to stay at our brewery, immerse themselves in the scenic rice paddies view, and enjoy the meals and sakés prepared by us,” Geoffroy concluded.